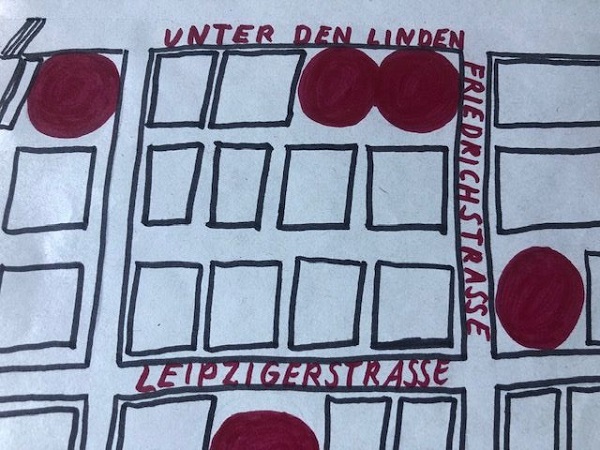 City walk to historic Berlin jazz venues from the twenties, passing the former Metropol Theater or the Moka Efti.

R
ight into the sinful  Babylon Berlin – the notorious demimonde: City walk back to the Friedrichstadt. The infamous entertainment center of Berlin was still famous from the Empire! The Wilhelminian splendor persisted, now affordable for everyone. A turbulent social chaos!

A prelude to Sex, Drugs and Rock’n’Roll!

In 1918, jazz sounded like industrialization, mechanization. so it was absolutely contemporary. For the workers, its hectic pace and nervousness meant revolution and stood for modern times. In their optimism, the sounds could inspire many people. They reached the progressive artists in their eccentricity. Then jazz served as the dance music in times of dance craze. Cakewalk and Shimmy were framing the first half of the Twenties, Charleston the second one.

From a technical point of view, however, the music was so extraordinary that many trained musicians preferred to continue playing classical or light music. That’s why spontaneously formed Jazzbänder, as they were called, amateur bands  took on this task.   Jazz developed rapidly. Each new jazz style opened the music again to other social circles.

Inevitably, we are in the midst of the issues of those days, such as modernity, gender and drug consumption.

Some places in the Friedrichstadt mirrored these conflicts in a special way. This City walk reminds of it locally.